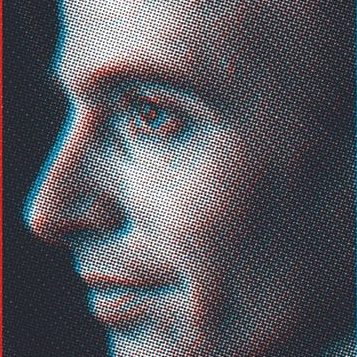 Yuval Noah Harari at the Guardian: “….A cursory look at history reveals that propaganda and disinformation are nothing new, and even the habit of denying entire nations and creating fake countries has a long pedigree. In 1931 the Japanese army staged mock attacks on itself to justify its invasion of China, and then created the fake country of Manchukuo to legitimise its conquests. China itself has long denied that Tibet ever existed as an independent country. British settlement in Australia was justified by the legal doctrine of terra nullius (“nobody’s land”), which effectively erased 50,000 years of Aboriginal history. In the early 20th century, a favourite Zionist slogan spoke of the return of “a people without a land [the Jews] to a land without a people [Palestine]”. The existence of the local Arab population was conveniently ignored.

In 1969 Israeli prime minister Golda Meir famously said that there is no Palestinian people and never was. Such views are very common in Israel even today, despite decades of armed conflicts against something that doesn’t exist. For example, in February 2016 MP Anat Berko gave a speech in the Israeli parliament in which she doubted the reality and history of the Palestinian people. Her proof? The letter “p” does not even exist in Arabic, so how can there be a Palestinian people? (In Arabic, “F” stands for “P”, and the Arabic name for Palestine is Falastin.)

In fact, humans have always lived in the age of post-truth. Homo sapiens is a post-truth species, whose power depends on creating and believing fictions. Ever since the stone age, self-reinforcing myths have served to unite human collectives. Indeed, Homo sapiensconquered this planet thanks above all to the unique human ability to create and spread fictions. We are the only mammals that can cooperate with numerous strangers because only we can invent fictional stories, spread them around, and convince millions of others to believe in them. As long as everybody believes in the same fictions, we all obey the same laws, and can thereby cooperate effectively.

So if you blame Facebook, Trump or Putin for ushering in a new and frightening era of post-truth, remind yourself that centuries ago millions of Christians locked themselves inside a self-reinforcing mythological bubble, never daring to question the factual veracity of the Bible, while millions of Muslims put their unquestioning faith in the Qur’an. For millennia, much of what passed for “news” and “facts” in human social networks were stories about miracles, angels, demons and witches, with bold reporters giving live coverage straight from the deepest pits of the underworld. We have zero scientific evidence that Eve was tempted by the serpent, that the souls of all infidels burn in hell after they die, or that the creator of the universe doesn’t like it when a Brahmin marries an Untouchable – yet billions of people have believed in these stories for thousands of years. Some fake news lasts for ever.

I am aware that many people might be upset by my equating religion with fake news, but that’s exactly the point. When a thousand people believe some made-up story for one month, that’s fake news. When a billion people believe it for a thousand years, that’s a religion, and we are admonished not to call it fake news in order not to hurt the feelings of the faithful (or incur their wrath). Note, however, that I am not denying the effectiveness or potential benevolence of religion. Just the opposite. For better or worse, fiction is among the most effective tools in humanity’s toolkit. By bringing people together, religious creeds make large-scale human cooperation possible. They inspire people to build hospitals, schools and bridges in addition to armies and prisons. Adam and Eve never existed, but Chartres Cathedral is still beautiful. Much of the Bible may be fictional, but it can still bring joy to billions and encourage humans to be compassionate, courageous and creative – just like other great works of fiction, such as Don Quixote, War and Peace and Harry Potter….(More)”.