Skip to content
Emer Coleman: “The concept of data platforms has garnered a lot of coverage over the past few years and the City as a Platform is one that has wide traction in the “Smart City” space. It’s an idea that has been widely promulgated by service integrators and large consultancy firms. This idea has been adopted into the thinking of many cities in the UK, increasingly by local authorities who have both been forced by central government diktat to open their data and who are also engaging with many of the large private companies who sell infrastructure and capabilities and with whom they may have existing contractual arrangements.
Standard interpretations of city as platform usually involve the idea that the city authority will create the platform into which it will release its data. It then seeks the integration of API’s (both external and internal) into the platform so that theoretically the user can access that data via a unified City API on which developers can then create products and services. 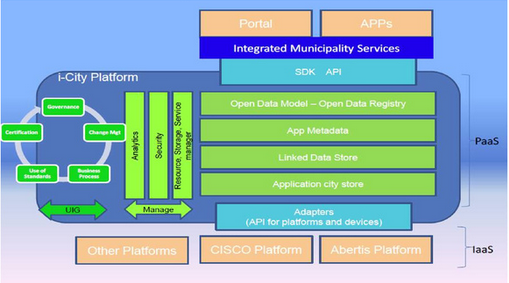 Some local authorities seek to monetise access to this API while others see it as a mechanism for encouraging the development of new products and services that are of value to the state but which have been developed without direct additional investment by the state thereby generating public good from the public task of collecting and storing data.
This concept of city as platform integrated by local authorities appears at first glance to be a logical, linear and achievable goal but in my view completely misunderstands a number of key factors;
1. The evolution of the open data/big data market
2. Commercial and Technical realities
3. Governance and bureaucracy
I’ll explore these below…”