Skip to content
Joseph Marks at NextGov: “The Environmental Protection Agency office charged with taking civil and criminal actions against water and air polluters used to organize its enforcement targeting meetings and conference calls around spreadsheets and graphs. 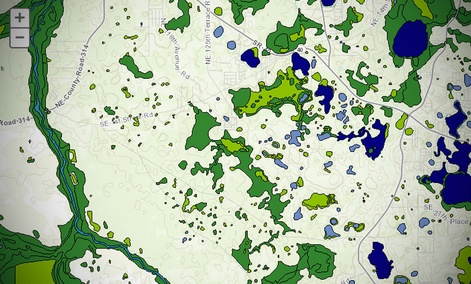 Those spreadsheets detailed places with large oil and gas production and other possible pollutants where EPA might want to focus its own inspection efforts or reach out to state-level enforcement agencies.
During the past two years, the agency has largely replaced those spreadsheets and tables with digital maps, which make it easier for participants to visualize precisely where the top polluting areas are and how those areas correspond to population centers, said Harvey Simon, EPA’s geospatial information officer, making it easier for the agency to focus inspections and enforcement efforts where they will do the most good.
“Rather than verbally going through tables and spreadsheets you have a lot of people who are not [geographic information systems] practitioners who are able to share map information,” Simon said. “That’s allowed them to take a more targeted and data-driven approach to deciding what to do where.”
The change is a result of the EPA Geoplatform, a tool built off Esri’s ArcGIS Online product, which allows companies and government agencies to build custom Web maps using base maps provided by Esri mashed up with their own data.
When the EPA Geoplatform launched in May 2012 there were about 250 people registered to create and share mapping data within the agency. That number has grown to more than 1,000 during the past 20 months, Simon said.
“The whole idea of the platform effort is to democratize the use of geospatial information within the agency,” he said. “It’s relatively simple now to make a Web map and mash up data that’s useful for your work, so many users are creating Web maps themselves without any support from a consultant or from a GIS expert in their office.”
A governmentwide Geoplatform launched in 2012, spurred largely by agencies’ frustrations with the difficulty of sharing mapping data after the 2010 explosion of the Deepwater Horizon oil rig in the Gulf of Mexico. The platform’s goal was twofold. First officials wanted to share mapping data more widely between agencies so they could avoid duplicating each other’s work and to share data more easily during an emergency.
Second, the government wanted to simplify the process for viewing and creating Web maps so they could be used more easily by nonspecialists.
EPA’s geoplatform has essentially the same goals. The majority of the maps the agency builds using the platform aren’t  publicly accessible so the EPA doesn’t have to worry about scrubbing maps of data that could reveal personal information about citizens or proprietary data about companies. It publishes some maps that don’t pose any privacy concerns on EPA websites as well as on the national geoplatform and to Data.gov, the government data repository.
Once ArcGIS Online is judged compliant with the Federal Information Security Management Act, or FISMA, which is expected this month, EPA will be able to share significantly more nonpublic maps through the national geoplatform and rely on more maps produced by other agencies, Simon said.
EPA’s geoplatform has also made it easier for the agency’s environmental justice office to share common data….”